There are no guided walks or trail cleaning events until September

“Summer is here…” along Route 1 and 2 looking at Sunrise Peak. Posted by Newsis on July 29.

Overall it is a HOT day on the trail. Walkers need to be prepared for summer walking right now – a hat, sunglasses, something to cover the neck, long sleeves for the arms, sun cream, and frozen drinks.

Ultraviolet index for South Korea and Jeju Island can be checked here.

– Translated with Google Translate and edited for unclear meanings –

The heat wave is on the rise and tropical nights in Jeju.

According to the Jeju Regional Meteorological Administration on the 29th, heatwave warnings have been issued for the second day since 11 am on the 28th.

The heat wave warning is when the temperature above the maximum sensory temperature of 33°C continues for more than two days or when a large amount of heat is expected.

The Jeju City Office expects that the highest temperature in the daytime will rise to 33 degrees and the bodily sensation temperature will exceed 34 degrees, centering on the north side of Hallasan until the 31st.

From 6 pm on the 28th to 9 am on the 29th, the lowest temperature in Jeju, the northern region, recorded 25.7 degrees, resulting in a tropical night.

Tropical nights were observed because the temperature did not drop sufficiently during the night as hot and humid south winds flowed from the edge of the North Pacific high pressure.

Health officials are calling for special attention to heat sickness.

An official from Jeju Island said, “In the heat wave, even if you do not have thirst, you should drink water regularly and move to a cool place to rest if symptoms of fever, such as dizziness, headache, and nausea occur.”

A representative tourist attraction in Jeju, Handam coastal walkway from Handam Village in Aewol-ri, Aewol-eup to Gwakji Beach. As tourists continue to walk, the garbage they throw away is piled up, and when it is collected, it is repeated. In addition, facilities around the promenade have been left damaged, raising concerns about safety accidents.

On the 29th, a walkway along Handam Coast, Aewol-eup, Jeju City. As I entered the entrance, garbage was discarded under the parking sign, and on the promenade, household waste such as disposable drink cups and plastic bottles, and waste and wood waste were observed everywhere. Not only the trails, but also the rubbish between the rocks between the border stones was noticeable. Even in the middle of the coastal road and the parking lot of the Handam Coastal off the promenade, it was found that somebody was left behind with plastic and wasted garbage such as tables and sofas.

“Eighty percent of the garbage we remove every day is a drink cup that tourists leave behind in the rocks,” said an official from the Environmental Beautification Center.

Rusted and damaged facilities also spoiled the aesthetics. The boundary stone installed at the starting point of the walkway was left unattended, and there were many places where the road floor and boundary stone were damaged and randomly broken. Visitors passing by also walked away from some of the broken boundary stones in the middle of the promenade. The signboard, “Guide to using the coastal trail,” has been rusty for a long time, so you could hardly recognize the letters. Some of the stairs in the middle of the walkway were also corroded.

Tourists and merchants around them relayed bitter sounds. Tourists from Daegu, Yoon-hyung Lee (28) and Yoon-mi Lee (28, female) said, “I found this place because it is meant to be the prettiest Jeju sea route.” Trader B said, “There is a lot of garbage left behind, and there is a lot of garbage that tourists throw away, and the odor is severe in the rainy season.”

Aewol-eupjang, Bu Tae-jin said, “The garbage problem of the Handam Coastal Trail is repeated every year. It is collected daily by utilizing coastal maintenance personnel, but it is re-accumulating immediately, requiring mature citizenship among visitors.” He said, “At the time of the trail, such as the damaged boundary stone, the Jeju Marine & Fisheries Division is currently under construction.”

LEAVE YOUR MEMORIES AND FOOTPRINTS ON THE HIKERS’ STORY BOARD

Click to join our question and answer group on Facebook for up-to-date help with walkers past and present. Our ‘meeter and greeter’ from Sweden will review all applications first, so you might have to wait a little time. 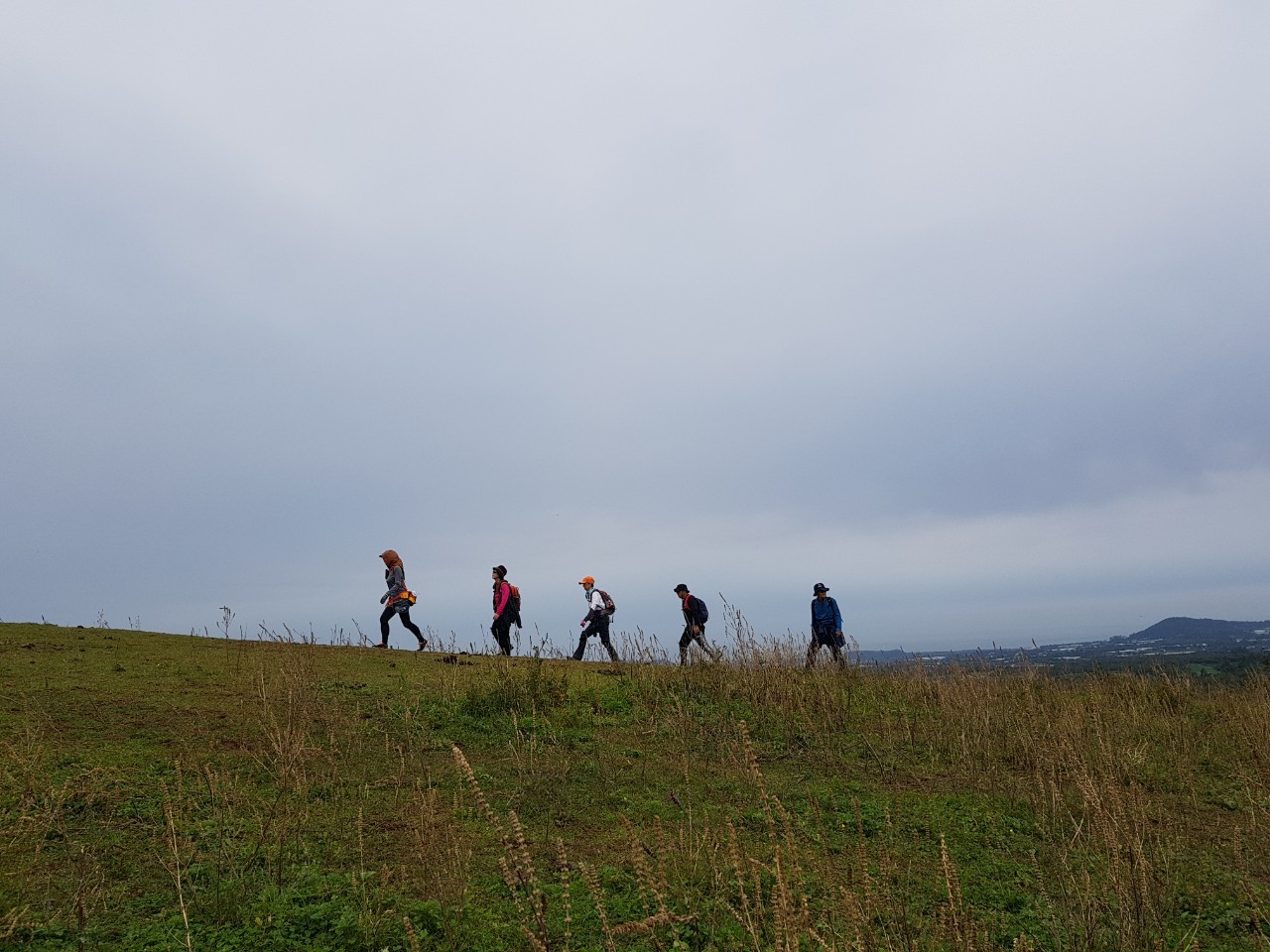 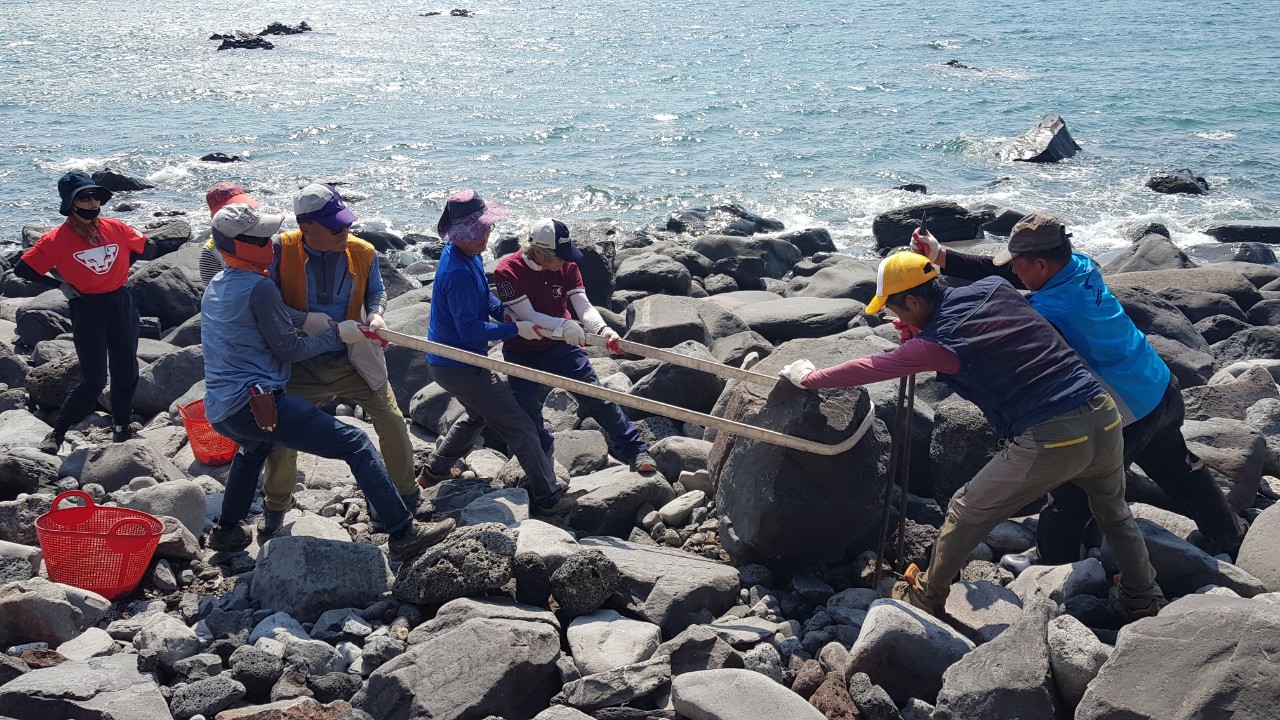